While most Czech media - and Czech politicians - display only passive distrust and hostility towards refugees, there is one highly popular website which actively disseminates anti-refugee hatred, which is usually based on alarmist and unsubstantiated material. The populist website Parlamentní listy (The Parliamentary Newsletter - this is a misnomer, it has nothing to do with the Czech parliament) prides itself on "giving space to all views, right or left". What this in fact boils down, is that mostly the website published ludicrous, shocking "views" with no basis in reality. While the website will occasionally publish a pro-refugee interview, its anti-refugee coverage is overwhelming. The rare publication of an opposite view serves to legimitise its anti-refugee propaganda and to persuade the readers that the views disseminated by Parlamentní listy are legitimate, objective and impartial.

It is Parlamentní listy which has over the past two or three months legitimised and normalised fear and hate against the refugees in the majority of the Czech population. It also spreads absolute, paranoid nonsense on other topics. For instance, today, on the anniversary of 9/11, it has published a "view" that the WTC in New York could not have collapsed under the impact of two air planes. The website sees conspiracy and danger everywhere.

The website is read by more than 600 000 Czechs per month, which is more than 6 per cent of the Czech population.

The main shareholders of this commercial venture are Michal Voráček, the founder of the Czech Ringier and of the main Czech tabloid newspaper Blesk, and Ivo Valenta, the wealthiest man of the Czech gambling industry , owner of the gambling conglomerate Synot. Valenta has Monaco citizenship. In 2004, he was fined for encouraging corruption in football management.

Lidové noviny has recently said about Parlamentní listy: "The website creates an extraordinarily deformed environment which encourages populists and radicals. Its journalists are not trying to describe reality or seek the truth, but they use topical, politically sensitive events in order to strengthen their own prejudices and stereotypes in the general public."

Here is a list or recent Parlamentní listy headlines. It would appear that a large part of the Czech public now regards these headlines as absolutely normal. They think that publishing unsubstantiated, paranoid "views" conforms to the principle of free speech:

- Václav Klaus in Bratislava: These are not refugees, do not call them thus. That word is a naivist, European concept

- Colonel Skácel on 9/11: Two high rises could not have collapsed after being hit by airplanes. Absolute nonsense. Terrorism is a myth

- Europe will go black. Fuck it, swore citizens during a meeeting. And the Czech immigration boss suprised people "We do not moan, so we will be punished."

- Billions of immigrants. Horrifying chaos, conflicts, war and death and catastrophe in Europe. Someone is organising this!

- 100 million immigrants will arrive, according to estimates. This is the end of Europe. The government must rebel against the threats and the crude blackmail from the EU

- Sociologist Petr Hampl: We have the right to deal with the refugees as though they were aggressors. The traitors of the Czech nation are helping them to exterminate us like the whites have exterminated the Red Indians. The Czech Human Rights Ombudsman, she is the real neo-Nazi

- This is death. There will be bloody tragedies. Hatred of the Czechs, monstrous behaviour, treachery, suicide, collaborators, chaos

- Lord Mayor in a Berlin immigration quarter: The immigrants rule us with a rod of iron and terrorise German children, adults and pensioners. They teach their offspring to fight against us

- Disgusting, we must leave the EU. Czech politicians' reactions against the quotas

The server also runs an ad campaign for the new anti-immigration political coalition in the Czech Republic: 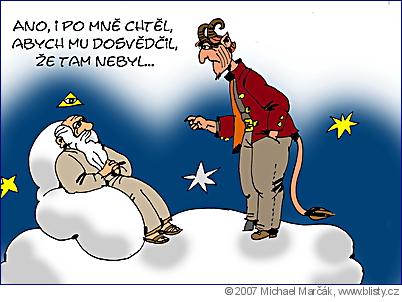