Foto: Czech islamophobes at court: "WE SUPPORT OUR HEADMISTRESS!"

The Czech Supreme Court has just published a verdict in support of a Somali girl who wanted to wear a hijab in a Czech secondary school of nursing and was banned by the school for doing so, reports the Czech weekly Respekt. Ordering the girl to take off her hijab even during theoretical lessons has no legitimate purpose, said the court. The Czech Republic must accept and tolerate religious pluralism and it must not discriminate or give preference to any religion, it said. Ayan Jamaal Ahmednuur abandoned her studies at the school in Ruská Street in Prague after she was ordered by its headmistress in September 2013 not to wear hijab even during theory lessons. Originally, the student had agreed with the headmistress that she would take off her hijab during practical classes. The girl went to court demanding an apology and a compensation of 60 000 Czech crowns (some 2400 euros).


The Somali girl lost her case both at the  District Court for Prague 10 and at the Municipal Court in Prague. Now the case has been returned to the Municipal Court in Prague. The court will have to respect the view of the Supreme Court, according to which the girl has proven her discrimination in education on the basis of religion. The Supreme Court has admitted that the religious faith of islam and the wearing of hijab are unusual in the Czech Republic and they evoke fear in some people. However the Supreme Court has appealed to tolerance as a civic virtue.

The headmistress of the Ruská Street school of nursing Ivanka Kohoutová says that she will not comment on the decision of the Supreme Court because she has not received it yet. Last year, Kohoutová received a medal from the Czech President Miloš Zeman for "doing good work in the interests of the Czech state". The Czech President praised Kohoutová as a "courageous woman in her fight with an intolerant ideology". The Czech Education Ministry has now also refused to comment on the verdict of the Supreme Court. Anna Šabatová, the Czech Obmudsman, who is thoroughly hated by the large community of the Czech islamophobes and who has been supporting the Somali girl from the very beginning, has welcomed the decision of the Supreme Court.

After leaving the school of nursing, Ahmednuur Ayan Jamaal accepted the job of a receptionist in Prague. She did not attend the court proceedings, out of fear for her personal safety. The court proceedings were attended by a crowd of miliant "Christians", supported by several MPs of the Civic Democratic Party (ODS) and by the Social Democratic lawyer Stanislav Křeček. At one point, the judge was forced to clear the room because the miliant "Christians" started singing the Czech national anthem. 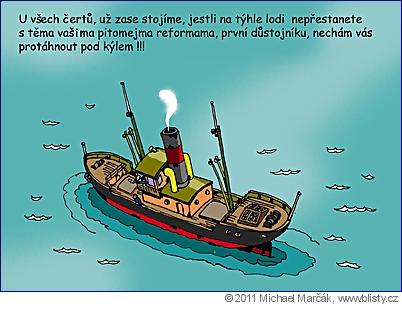