The 25 Iraqi refugees had been settled in the village of Okrouhlík in Moravia. On Saturday 2nd April, they hired a coach and travelled to Germany. They were detained by the German police on the Czech-German border. The German authorities were about to deport them back to the Czech Republic, but they later decided not to do so. The German police said that all the Iraqis have now applied for asylum in Germany. They said that they have relatives in Germany.

The Czech News Agency says that while Germany was not dutibound to accept the refugees applications for asylum, the German authorities did so probably because the refugees were threatened by detention in the Czech Republic and the Czech Home Secretary threatened them by deportation to Iraq.

Czech Home Secretary says that the Iraqi refugees broke the law by leaving the Czech Republic. He says he does not understand the behaviour of the German authorities. "This is why I will write to the Home Secretary of the Federal Republic of Germany and will ask him for a detailed explanation of the actions taken by the German authorities, especially in the context of the valid European asylum law."

Chovanec added that the Czech Republic had accepted the 25 Christian Iraqi citizens as part of the EU quota resettlement system. By their current action, Germany has confirmed that compulsory quotas are nonsensical, said the minister. He said that the current German attitude undermines all measures against secondary movement of refugees within the Schengen area. The case could become a precedent for all the other migrants who have asked for asylum in other European countries. "It is likely that the case of these 25 people will in future be used by many other migrants in court cases against Germany," said the Czech minister. 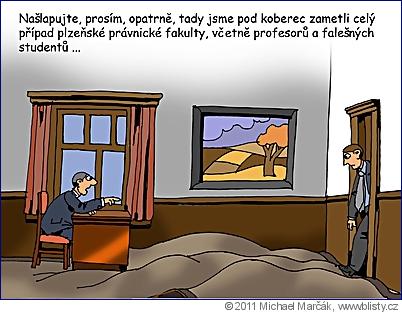