The Czech Breitbart-like website Parlamentní listy has unleashed a wave of hate speech and death threats against Jan Čulík and Daniel Veselý, journalist of the Czech language Britské listy website for pointing out that it is impermissible to call on NATO armies to be used against refugees coming to Europe.

Amongst a wave of obscene vulgarities, there are death threats. These include statements such as:

"This just shows that all fags (sic!) are mentally ill. These are half-people and they should be killed by the vet. I am willing to pay for the injection."

"Britské listy is a centre of bird flu contagion. These birds must be killed."

"I am surprised that no one has as yet killed the two Britské listy shits (Čulík and Veselý). Yesterday it would have been too late."

"Hang those two swine, they do not deserve anything better."

"Fucker Čulík, deviant Veselý and the whole of Britské listy deserve to be punished! In a decent society, such psychopats, collaborators, traitors and parasites should hang!"

"Psychiatrists should be seriously interested in Čulík and Veselý. In fact not psychiatrists, executioners. Hangmen."

"Judging by their faces, these are inhumane, degenerate monsters, full of complexes and sexual deviations. Such radical extremists cannot be treated and the only solution is to kill them."

"Angry citizens will kill Čulík and Veselý. I hope it happens soon."

A new departure: Czech Breitbart-like website whips up hatred against a courageous journalist 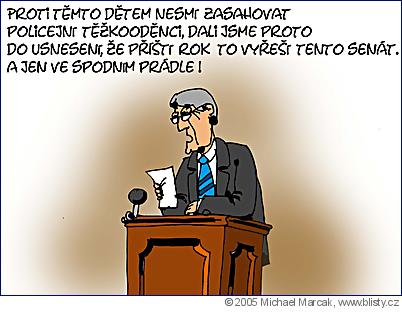