Czech PM Babiš: Czech Republic will not accept a single refugee. Not even Syrian orphans

"I have managed to force the European Union to give up the demand that we should accept refugee quotas," boasts Andrej Babiš, the Czech Prime Minister, former communist secret police agent who is currently being investigated for financial fraud. "It was me and the Hungarian Prime Minister Orbán. It was us who fought in Brussels against the quotas at four in the morning and forced them to give up that absurd system."

This is a summary of an incredible  Babiš interview, published on Saturday by the novinky.cz website.


"I want to dissociate myself from the way our party's euro MPs voted recently in the European Parliament." [They voted for the resolution criticising Viktor Orbán's authoritative government.] "I do not share there views and I would not have voted against Orbán. These are just attacks against the V4 bloc of countries, which works fanastically well, which has managed to eliminate the refugee quotas, which fights illegal migration and criticises the EU budget proposal which after the departure of the UK proposes, scandalously, to increase the funding of the EU structures."

"Democratic elections take place everywhere. Everything is perfectly legal. I think that if democracy was really threatened, Polish and Hungarian voters can judge this much better than the euro MPs or the bureaucrats in Brussels. The Czech Republic will not abandon its allies. I certainly do not like the idea that the European Commission might investigate Poland or Hungary. Who knows, then, perhaps, on the basis of lies, even the Czech Republic would then be investigated. You know very well that various people are systematically disseminating information that allegedly democracy is being threatened in the Czech Republic. "

"I have said clearly that the Czech Republic will not accept a single refugee. This is my reaction to the inability of the EU to solve the refugee problem and to start deporting immigrants."

"The recent events in Chemnitz are an internal affair of Germany. There are different views regarding the events. However, it is a fact that Germany has messed up the migration problem."

"This is why it is important that Europe must send a clear signal that the door is shut and that Europe will not accept any more migrants or boats and that those boats that set sail must return. It is unacceptable to say that if a boat sets sail, we must distribute the people in it amongst ourselves, as French President Macron says." 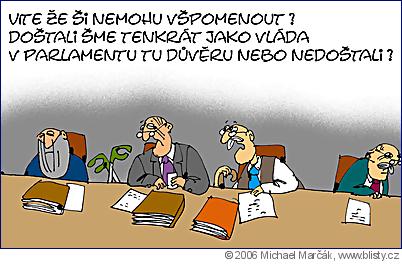