čas čtení 1 minuta
Borovany – a small town in South Bohemia in the Czech Republic witnessed a display of violence. It was violence committed by three adult policemen against a boy of 15.

The oligarch businessman Andrej Babiš (former Czech Prime Minister), who had unofficially launched his presidential campaign, was about to give a speech in the centre of Borovany. Most newspaper articles lack the information about what the schoolboy was supposed to have committed. In all probability, the teenager grabbed a loudspeaker, but he returned it when asked to do so. Despite this, three plain-clothed policemen knowcked him on the ground and knelt on his body.  They did not stop although his mother was shouting that the boy was not healthy: Not only was he autistic but he could suffer an epileptic fit as well. Moreover, the subsequent investigation took place in the mother's absence.
The Czech Police President Martin Vondrášek said that he needed more information and would respond to the incident next week. He nevertheless did say that he was not happy that the police did not behave impartially.  Before the incident, one of the three policemen had worn a baseball cap with the logo of Babiš's  ANO movement.

What is also alarming is the worry that Babiš could become the next Czech President.   His presidential campaign tour  already divides the nation. And another conflict instigator, replacing the current highly controversial, populist President Miloš Zeman  would become a real misfortune.
https://www.respekt.cz/rozhovor/policejni-prezident-zakrok-policistu-v-civilu-na-babisove-mitinku-byl-velice-nestastny?fbclid=IwAR1Ch--Gj-SiEtu9Y8Fr-3-pQiYUIPk2IR61tRSWuRfMlFQxMAqeYUjxEGs#utm_content=freshnews&utm_term=babi%C5%A1%20v%20borovanech&utm_medium=hint&utm_source=search.seznam.cz 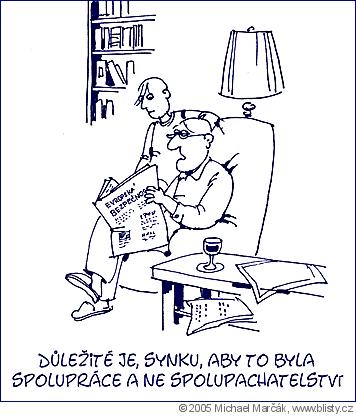