Radek Koten, a new MP for the Czech extreme right political party Freedom and Direct Democracy (SPD), is to be appointed Chair of the Security Committee of the Czech Parliament, said Tomio Okamura, the leader of the SPD party on Monday.

Koten is a member of a Facebook group which demands that the Czech Republic should leave NATO and the European Union.   He has disseminated fake news from websites such as Aeronet, which is fiercely pro-Russian and the Czech Interior Ministry regards it as a source of disinformation.


Koten for instance has spread the news of an alleged radiation leak from a French nuclear installation. This fake news then had to be publicly denied by the Czech State Office for Nuclear Security. He frequently shares other fake news from a number of pro-Russian websites.

Koten has also made numerous comments about the war in Ukraine: "We somehow feel that the presence of NATO troops on the borders of Russia is not accidental. Is this another export of 'democracy'? Who is paying for this and who will benefit from this?" He has also shared his view that "the Czech Republic is again becoming a 'protectorate of Germany'".

He has also said that the Czechs currently live under a totalitarian system.  In his view, there is censorship in the Czech Republic now, like under communism. "How is today's system different? The totalitarian system has remained and is now insolently called 'democracy'. Only a single correct 'European' view is allowed. We live under a Euro-fascist totalitarianism". In June 2017, on the official website of his political party,  Koten said that  the members of the then Czech governing coalition were  "traitors of the nation".

Tomio Okamura told journalists that Koten was well prepared to take over the post of the chair of the security committee. Both he and Koten refused to answer questions whether Koten is connected with Russia and why he disseminates fake news from  disinformation websites.

Tomio Okamura is the leader of the Czech extreme right wing party SPD (Freedom and Direct Democracy Party), which has won 22 seats in the 200-seat Czech parliament in the Czech general election which took place in October 2017. 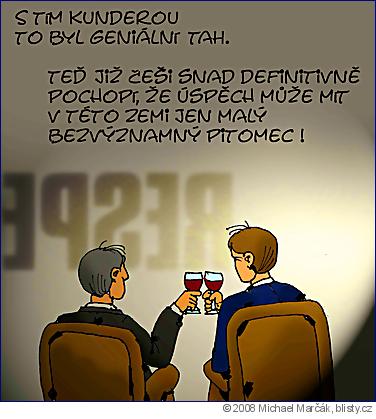