Marian Kotleba, the Slovak neo-Nazi regional governor and since the general election of 6th March 2016 also an MP of the Slovak parliament, is planning to sue the Ján Chalúpka Theatre for staging an anti-war play "The Blacksmiths" by the Serbian author Miloš Nikolič. In Kotleba's view, the anti-war play contains impermissible vulgar expressions and "slanders the nation, race and convictions".

When the play was recently performed in Kotleba's presence in Brezno, Slovakia, Kotleba ordered that it should be discontinued in the middle of the performance.

Marian Kotleba's neo-fascist "People’s Party-Our Slovakia" (LŚNS) won 8% of the vote and 14 seats in the parliament during the general election in Slovakia on 6th March 2016. 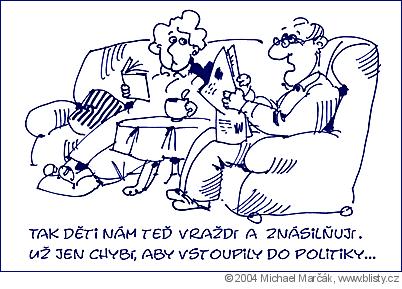