The most important university in the Czech Republic, Prague-based Charles University (founded in 1348) has just signed a deal with Czech oligarch Petr Kellner's firm HomeCredit International, which is a part of Kellner's giant entrepreneurial empire PPF Group, which is worth 45 billion euro.

Much of the profit of HomeCredit International is generated by providing international customers with loans at usurer's rates, in unregulated markets, particularly in China, where customers are being charged as much as 36 per cent interest annually.

As has been reported many times, most recently by the UK Observer newspaper,  10 per cent of the Czech population are victims of debt slavery.

See also this video (with English subtitles) which explains the courses of the Czech debt crisis and its destructive and destabilising political impact on the Czech population:

In recent months, the Czech authorities have taken some action against the usury practices of many  law firms  and private bailiff companies in the Czech Republic and have declared many of the outstanding debts as illegal. However, as Člověk v tísni points out, Home Credit still continues to extort payments from the victims of these illegal debts.

Not surprisingly, the information that a venerable Czech university has signed a cooperation deal with a firm using unacceptable usury practices, has provoked much protest in the Czech Republic. Some academics and some faculties have published statements dissociating themselves from the decision of the Charles University vice-chancellor to sign this deal.

A petition, protesting against this deal, has been started.

"Loans, provided by the Home Credit company to its customers, push many people into debt slavery. Evidence is also available that as we speak,  the Home Credit company is carrying out illegal, extortionate debt collection against many of its customers. Petr Kellner and his PPF financial group do their business primarily in Russia and in China. Their expansion into these countries is connected, in an untransparent way, with people around the [populist] Czech President Miloš Zeman. As part of his business activities, Petr Kellner supports undemocratic regimes and is silent whenever he witnesses infringements of human rights.

In signing its cooperation agreement with Home Credit, Charles University has pledged 'to refrain from saying or doing anything that might damage the good name of both parties'. We feel that such a pledge is an open infringement of the academic freedoms of Charles University."

The Czech National Office for Cyber Security has just published a report warning against the dangers associated with the introduction of 5G digital networks. The danger is primarily associated with the manufacturers of the digital components who can abuse their access to secure digital data. Many of these manufacturers are in China. Petr Kellner's Home Credit Company works in China and it systematically downplays the danger of Chinese digital firms which which it cooperates. Its grant for Charles University is evidently an attempt by Home Credit to improve the public image of this firm which the Czech security specialists regard as a great danger to the country's security, says Britské listy analyst Bohumil Kartous. 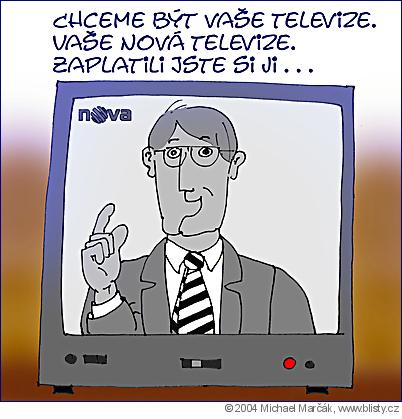