The China experts from Prague University "are disseminating lies about us", says a firm, owned by a Czech oligarch

The management of Charles University in Prague has distanced itself from its China experts working within the framework of the University's Sinopsis project after receiving  a threatening letter, sent by "Home Credit", a company owned by the richest Czech oligarch Petr Kellner.
The Sinopsis project has been publishing information about Kellner's business activities in China..

Home Credit has started attacking Sinopsis in October 2019, when the Sinopsis experts began translating and publishing critical articles from the Chinese media which described the  loan practices of Home Credit in China. Sinopsis have reported that Kellner is characterised by the Chinese media as the "King of Usurers". Home Credit rejects this and has threatened to sue Sinopsis for publishing this information. China is an important market for Home Credit, the Chinese communist regime is sensitive to criticism from abroad.

Home Credit has now complained to the ViceChancellor of Charles University Tomáš Zima saying that Sinopsis "publishes mendacious articles about its activities in China". As a result of that, Charles University has distanced itself from the Sinopsis project.

Recently, Charles University signed a deal with Home Credit, but as a result of an outcry in the Czech Republic the deal was cancelled.

The current developments are a dangerous threat to the freedom of academic work in the Czech Republic by Petr Kellner a powerful oligarch who operates in China.

Kellner's PFF firm has also recently gained control of the most popular Czech TV station Nova and will thus have considerable influence on Czech public discourse.

The New York Times newspaper has recently reported that China is intimidating the "small" Czech Republic much more than some other countries. Source HERE (paywall)

See more:
Ancient Czech University has signed a cooperation deal with a firm of international usurers

After a wave of criticism, Home Credit has cancelled its contract with Charles University, Prague 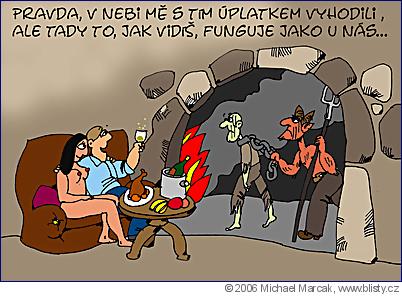