It is time to impose an embargo on Brazil

The lungs of our planet are on fire. If the Amazon suffers, the world suffers. The Amazon is essential to all beings on Earth, so it should not have its fate decided by eventual predatory governments, as the one currently in charge in Brazil.
Last week, the largest city of Brazil, São Paulo, became totally dark at 3 pm. This caused quite a furor, with lots of evangelical Christians running to their churches, believing the Apocalypse had arrived. The darkness was being caused by an immense wall of smoke that came from the fires in the Amazon. According to the European Union’s Copernicus Climate Change Service, the fires have led to a clear spike in carbon monoxide emissions as well as planet-warming carbon dioxide emissions, posing a threat to human health and aggravating global warming.

Brazil's National Institute for Space Research published that so far this year, there have been 72,843 fires in the country, an 80 percent increase compared to this same time period in 2018. Because of releasing this data, the director of the institute was fired by President Bolsonaro, who also forbid the public release of any data concerning the environment, unless he approves it. He has slashed the environmental enforcement agency's budget, which is now unable to enforce anything because it does not have the personnel or even means of transportation to go to the affected areas. The lack of punishment to wrongdoers encouraged ranchers and loggers to burn down vasts amounts of land with no fear of getting in trouble with the law. Bolsonaro ran his presidential campaign promising to privatize the magnificent rainforest and hand it over to the agriculture and mining sectors.
The Brazilian President did not bow to French President Emanuel Macron's, chancellor Angela Merkel's and Canadian premier Justin Trudeau's threats, responding to them in a televised speech Friday night (through a mandatory broadcast shown in every single radio and TV station of Brazil), telling the foreign leaders that the Amazon belongs to Brazil and that they should take care of their own local environmental issues.

“Our house is burning. Literally. The Amazon rain forest — the lungs which produces 20% of our planet’s oxygen — is on fire,” Macron tweeted. Bolsonaro fired back on Twitter: “I regret that Macron seeks to make personal political gains in an internal matter for Brazil and other Amazonian countries. The sensationalist tone he used does nothing to solve the problem.”

Earlier this month, Norway and Germany suspended funding for projects to curb deforestation in Brazil after becoming alarmed by changes to the way projects were selected under Bolsonaro. The Brazilian army captain turned President made clear in this pronouncement that he intends to explore all the riches and wealth available in the Amazon, that the gold, silver, precious stones, minerals, oil, gas and whatever may lie under the forest will be used to enrich Brazil.

Bolsonaro has plans to end all Native Indian reservations and to force Native Indians to adapt to urban life. He has openly said many times that every Indian would love to have a car, a TV, a mobile phone. Most Brazilians laugh and agree. The current blazes have formed “ring of fire” around indigenous territories, including the lands of the Kayapó and some 16 tribes that live in the Xingu Indigenous Park. Many believe Bolsonaro is thus promoting a genocide. There are only 300 tribes and around 900 thousand Native Indians left.

So, Bolsonaro is basically destroying the Amazon and its original inhabitants. However, the Amazon should not be a matter just for Brazil and Brazilians. The Amazon is a global patrimony. It belongs to all of us. It is essential to our survival. To allow some "caudillo" (typical Latin American type of macho-populist) to decide what is done with it is non-sense. Brazil has shown for decades that it is not capable of keeping the Amazon from being destroyed. It is time to impose an embargo on Brazil.

It is a matter of survival that world powers find a way to interfere in Brazil and turn the administration of the preservation of the Amazon to an international holding of responsible countries. Bolsonaro says Brazil lacks resources to fight Amazon fires, so the country should allow other countries to take care of the problem.
Brazílie | Globální oteplování
0
Vytisknout
Britské listy plně závisejí na finančních příspěvcích čtenářů. Prosíme, přispějte. ➥
4997 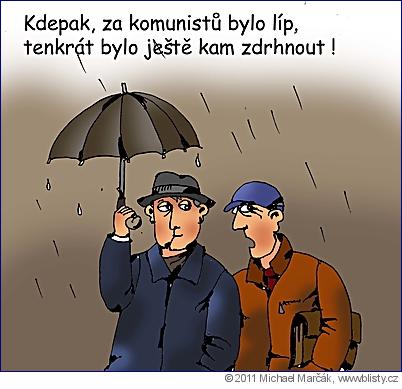